The incoming Biden administration should push agencies to adopt hybrid cloud infrastructure so they can keep up with emerging technology and be more responsive to citizens’ needs, according to a new strategy from IBM’s Policy Lab.

The goal is for agencies to be able to adapt to unexpected challenges and new technologies, the report says, not deconstruct and rebuild their entire IT systems based on a vendor’s business model. The hybrid model’s combination of public cloud and private cloud environments offers the right kind of flexibility, says the Policy Lab, which is IBM’s forum for recommending initiatives to policymakers.

“It’s going to give agencies and organizations incredible opportunities to modernize,” Jay Bellissimo, IBM’s general manager for U.S. public sector, said Wednesday. The company is calling it a “Tomorrow Ready” strategy, and it includes a three-step approach for agencies to modernize their systems.

The recommendations come not only as a new presidential administration is on the horizon, but also as agencies continue to evaluate where cloud services fit into their missions. Unlike other tech giants like Microsoft and Amazon that have large federal business lines, IBM isn’t as widely known for its cloud services. Instead, it’s made a name for itself with federal contracts across a mix of specialties, including data analytics, artificial intelligence technology and supercomputing services.

“We need to move, when it comes to modernization, at a much faster rate and pace,” Bellissimo said. “We think empowering CIOs to move in an agile way and make faster decisions is going to be absolutely critical.”

CIOs need to have greater authority to decide on modernization investments as part of a “robust shared governance process with other agency chiefs,” according to the report. Even when CIOs lead the decision making, Bellissimo said there still needs to be engagement from every stakeholder. When developing contact tracing systems, for example, CIOs should work hand in hand with health officials.

Of course, COVID-19 is the clearest example of decades-old IT infrastructure diminishing a sufficient government response. As workers moved to telework, federal systems and networks were pushed to their limits by the increased workload.

“One way or another, we’re going to have to all work together to make sure we can migrate and modernize these infrastructures and applications,” Bellissimo said. “We don’t know what’s around the corner. We’ve already seen some of these infrastructures really challenged to keep pace and provide services.” 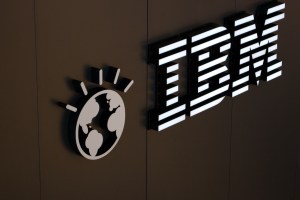