The Democrats’ climate and tax bill known as the Inflation Reduction Act which is expected to become law later this week will include billions to modernize the Internal Revenue Service‘s IT business systems and digital asset monitoring.

The IRS would receive $80 billion of the $430 billion reconciliation package, of which $4.8 billion is allocated to upgrade some of its highly antiquated digital business systems it uses to administer taxpayer services, operations, and cybersecurity.

The bill’s IRS business modernization funds could also be invested on “technology to provide a more personalized customer service,” the bill stated, such as automated callback systems for phone lines, but could not be used to operate legacy systems.

The politically controversial Democrat sponsored legislation, known as H.R. 5376 outlines that the IRS can also use some of the $25 billion allotted for operations support for “information technology development, enhancement, operations, maintenance, and security,” the bill states.

The bill also includes language about funding being used for “digital asset monitoring and compliance activities” and investigative technology for use in criminal investigations related to cybercrimes and crypto currencies for example.

The IRS’s significant inefficiencies due to tech struggles are well known, with some of its main computers still run on programming language dating back to the 1960s called COBOL and the agency operates dozens of digital case management systems that don’t work well with each other.

Some of its programs are so old that the IRS has been forced to spend large sums on training new hires in using outdated technological systems and applications.

House Subcommittee on Government Operations Chair Rep. Gerry Connolly, D-Va., earlier this year ascribed some of the IRS’s operational difficulties and staff shortages to years of underinvestment in technology systems, including a failure to automate some of the most basic tax administration measures.

Charles Rettig, the commissioner of the IRS earlier this year also criticized the start-stop nature of IT funding provided to the agency by Congress, saying it is “virtually impossible” for any organization to develop a cohesive technology plan with such funding uncertainty. 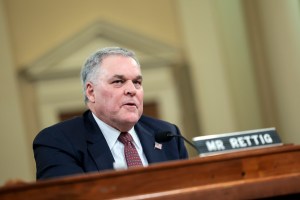 Inflation Reduction Act to include $4.8B for IRS to beef up IT systems