The Defense Counterintelligence and Security Agency — the office that handles federal background checks — is touting a mobile app intended to educate people about detecting insider threats.

The app, named Insider Threat Sentry or InT Sentry, allows users to access videos, infographics and general news about insider threat detection. The app is available on the public app store for iOS and Android, and it arrives as Department of Defense officials have shown an elevated interest in fighting insider threats, which can range from physical attacks to quiet cybersecurity incidents. The department named last September as “insider threat awareness month.”

The app is for delivering useful content to national-security workers, not for reporting or tracking real-time threats. Other surveillance tools are used by parts of the military to monitor emerging threats.

“These days, everyone lives on their phone and tablet,” said Rebecca Morgan, chief of the Center for Development of Security Excellence’s Insider Threat Division. “InT Sentry allows security professionals, insider threat practitioners, and anyone with an interest in national security to easily access high quality resources.”

The Department of Defense has been trying to increase its overall use of mobile technology. It recently signed a deal to speed up the process for mobile apps to pass security checks and earn authorities to operate (ATOs).

The Center for Development of Security Excellence partnered with the Office of the Undersecretary of Defense for Intelligence and Security and the National Insider Threat Task Force to create the insider-threat app. In the iOS app store, the developer is listed as QuickSeries, a mobile app developer for educational material.

Recent insider-threat incidents include the shooting at Naval Air Station Pensacola and the June 10 arrest of a soldier on terrorism charges for planning an attack on his unit and feeding information to a neo-Nazi group. 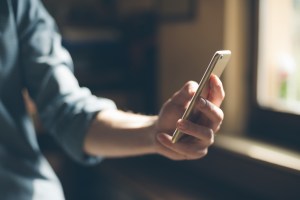