The Department of Veterans Affairs’ path to sharing integrated electronic health records with the Department of Defense has seen more twists, turns and cutbacks than a mountain road.

Now that the agency has decided to pursue the same commercial EHR system that the DOD is currently testing, simply achieving interoperability between the systems is no longer its goal. Instead, officials want to create a better way to understand the data they are sharing.

“We’re changing the messaging within VA, and DoD to some extent, from interoperability — which is about electrons and documents and [Extensible Markup Language] stuff — to the experience of seamless care,” said Jonathan Nebeker, chief medical information officer at the Veterans Health Administration.

Nebeker said at the Office of the National Coordinator for Health Information Technology’s annual meeting Thursday that the agencies have, through several applications, the capacity to share most patient information through their respective EHR systems.

But now they want to develop a user-centered program free of the incongruities and imperfections that have plagued health record sharing.

“It’s not about the exchange. It’s not about operations,” he said. “It’s the experience that patients and staff have from encounter to encounter and task to task, such that high-quality decisions form easily and care plans execute smoothly.”

Not every step in the history of integration of health records between the VA and DOD have met that ideal.

The agencies developed multiple programs to share selective medical information like medication data and other items before attempting to develop a joint integrated EHR nearly a decade ago.

That effort fell apart in 2013 when the DOD decided to pursue a commercial off-the-shelf system while VA sought to maintain its custom Veterans Information Systems and Technology Architecture, or VistA, system and share records through an application called the Joint Legacy Viewer.

Current Secretary of Veterans Affairs David Shulkin reversed that decision in March, saying that the agency would contract with Cerner — the DOD’s contracted EHR provider — to build a new system based on its commercial Millennium platform to replace VistA.

With VA now focused on developing an EHR that’s fully interoperable with DOD, Nebeker said the goal now involves moving beyond the tools that could facilitate the secure sharing of patient information to finding the meaning in the information being shared.

For example, Nebeker said, a recent study found that 65 to 100 percent of the VA’s data is encoded to national standards by term but the agency has 0 to 83 percent interoperability by frequency with DOD, which shows that while the data is there, it doesn’t account divergent interpretations that occur in medical records between agencies and offices.

As the two agencies edge closer to being able to transfer health records more easily than ever before, Nebeker said they now are trying to build a process that hones in on how to improve care.

“In the future, we want to get to the word ‘sharing’ and not only have the focus on the data but about sharing the work,” he said. 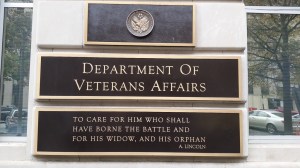