The inspector general of the IRS intends to investigate its Criminal Investigation unit’s subscription to a commercial database containing the phone location data of millions of citizens.

The Treasury Inspector General for Tax Administration agreed to a Sept. 24 request from Sens. Ron Wyden, D-Ore., and Elizabeth Warren, D-Mass., to review the IRS‘s warrantless use of the Venntel database between 2017 and 2018, in a letter first obtained by Motherboard.

While this isn’t the first instance of federal law enforcement seeking access to citizens’ phone location data, it is for the nation’s tax collector, which has recently come under fire for targeting poorer Americans with audits.

“We are going to conduct a review of this matter, and we are in the process of contacting the CI division about this review,” reads Inspector General J. Russell George’s Sept. 30 letter to the senators. “Upon completion, to the extent allowable under the law, we will advise you of the results.”

At issue is the IRS’s lack of any court order when using the Venntel database, a violation of the 2018 Supreme Court ruling in Carpenter v. the United States that collecting significant quantities of historical phone location data constitutes a search requiring a warrant.

The IRS ignored “multiple follow-up requests” for documentation of the legal analysis of the situation, following the revelation by IRS officials on a June oversight call. Wyden and Warren requested that the analysis be examined to see if an “obvious violation” of privacy rights was approved but also that IRS-CI use of other databases containing citizens’ information be investigated.

“The IRS is not above the law and the agency’s lawyers should never provide IRS-CI investigators with permission to bypass the courts and engage in warrantless surveillance of Americans,” reads the senators’ earlier request. 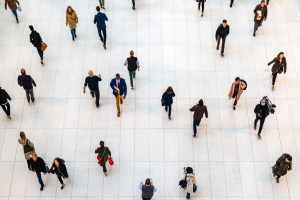 IRS under investigation for use of citizens’ phone location data