The IRS agreed to modernize its online Where’s My Refund tool to provide more information to taxpayers explaining delays, in its response to a Government Accountability Office report released Monday.

A modernization plan and timeline will be developed with the Treasury Department and implemented contingent upon available funding.

The IRS acknowledgement comes after GAO found modernizing the tool wasn’t a funding priority for the agency through 2025, and user satisfaction had declined to 24%, despite it being the agency’s most frequently accessed application.

“It is important to note however that when we are operating during periods of continuing budget resolutions, funding requests for new work are held in abeyance until our annual appropriations have been enacted and the amounts available are certain,” reads the IRS’s response to GAO’s report. “Operating during periods of continuing resolutions can therefore impact the timeline for implementing improvements and upgrades to our systems.”

Where’s My Refund currently lets users know that their return was received and their refund approved and sent, sometimes with the dollar amount and any corrections, but there’s generally a one- to two-week wait between return receipt and refund approval. Users aren’t alerted if an error on their tax return forced a manual review, even though there were 35 million such cases during the 2021 filing season.

The lack of information led to unprecedented call volumes, costing about $60 each compared to 19 cents per online transaction, and taxpayers filing second returns in some cases.

Where’s My Refund is 20 years old, and the last visible updates were made in 2013. The app doesn’t access data sources on more detailed processing information due to the cost and concern around fraudsters using the information to their advantage.

While the Treasury Department considers the app one of the IRS’s “highest priority” digital services in need of modernization, GAO found the IRS didn’t plan on updating its satisfaction survey to collect more customer experience information.

The IRS responded it will conclude research in May 2022 on user needs and expectations around refund status messaging and plans to make simple changes to Where’s My Refund: static messages explaining delays, a link to Frequently Asked Questions about delays if a refund has taken longer than 21 days, and making the same information available via online accounts and mobile alerts.

GAO also recommended the IRS develop a plan for in-person taxpayer services, in light of the fact it’s expanding virtual customer service options, to which the agency agreed. In-person service declined from about 752,000 taxpayers served in 2019 to 374,000 in 2021.

The IRS disagreed with GAO that it needed a process for identifying the underlying causes of taxpayer errors, arguing its analysis is “robust” and it could only speculate due to limited information provided on tax returns. While the IRS uses error codes to find erroneous programming in its processing, the same is not true for errors on tax returns.

“For errors that occur frequently each year, IRS does not have a process to identify and analyze their underlying causes,” reads GAO’s report. “This limits IRS’s ability to reduce instances of recurring errors and anticipate potential future problems.”

Annually the IRS handles more than 150 million tax returns, and in 2021 it began with a backlog of 8 million returns from the previous year resulting in refund delays. The IRS postponed its filing deadline by one month to address the backlog but still had 10.5 million returns to issue as of December.

Taxpayer correspondence with the IRS tripled from 2 million messages in 2019 to 5.9 million in 2021 with no plan to address the backlog. GAO recommended the IRS periodically and publicly estimate its timeframes for resolving the correspondence backlog in the future, to which the agency agreed. 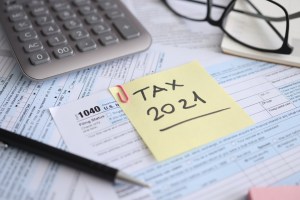