The committee is a public forum for the discussion of electronic tax administration issues, and its core goal is to promote paperless filing of tax and information returns.

IRS’s latest appointees take up their posts as the agency works to clear a backlog of at least 8.7 million unprocessed individual tax returns filed so far this year and as it addresses concerns over cybersecurity deficiencies raised last year by the agency’s inspector general.

The new appointees include Deputy Chief Financial Officer and Tax Commissioner for the District of Columbia Keith Richardson and Code for America Senior Manager RaeAnn Pilarski.

Finally, IRS has appointed Hallie Parchman, who is a senior manager of product management within Amazon’s corporate tax function to the tax filing committee.

The eight new members will serve for three-year terms that began this month. The committee is generally comprised of state tax officials, consumer advocates, cybersecurity and information security specialists, tax preparers, tax software developers and representatives of the payroll and financial communities.

Commenting on the appointments, IRS Commissioner Chuck Rettig said: “These eight new members bring diverse and important perspectives to a committee focused on the electronic side of tax administration.”

“Their recommendations will inform IRS decision makers as they address critical issues like identify theft and refund fraud and further map out our digital strategy,” he added.

For the period of 2022 to 2023 the committee is chaired by government/industry liason with Drake Software, Jared Ballew. Commissioner of the Alabama Department of Revenue Vernon Barnett will act as co-chair, while CEO and co-owner of FileYourTaxes.com Timur Taluy will serve as co-vice chair. 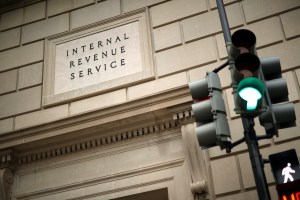