If enacted, the new bill would require the director of the Office of Management and Budget to establish and consult with an AI hygiene working group, which would be tasked with ensuring government contracts for AI services require data and systems to be secure.

The legislative proposal comes as federal agencies and lawmakers face pressure to improve oversight of how artificial intelligence systems are used within government and to increase scrutiny of private sector contracts that use biometric datasets and facial recognition.

In a request for information issued last week, the White House said it plans to develop a bill of rights that data-driven technologies like facial recognition must respect. The new document will be in part based on input from government agencies, academia and industry.

In September, Commerce Secretary Gina Raimondo announced that the department had set up a committee to advise the president and other federal agencies on AI issues.

The proposed AI hygiene working group would be responsible for safeguarding the civil rights and liberties of Americans, and for making clear that the federal government is the ultimate owner of the collected information so that it cannot be appropriated by contractors or publicly posted, sold or misused by organizations.

The proposed legislation was introduced in the Senate and is called the Government Ownership and Oversight of Data in Artificial Intelligence (GOOD AI) Act.

Commenting on the bill, Sen. Peters said: “This bipartisan bill will help ensure that federal contractors are using artificial intelligence properly and for the benefit of the country – and that the information collected through these technologies is not misused.”

Sen. Portman added: “The bipartisan GOOD AI Act helps strengthen the accountability and security of federal AI systems and I urge my colleagues to join us in supporting this common-sense legislation.” 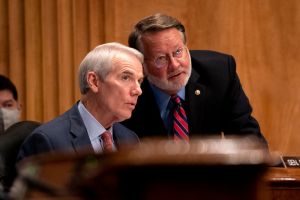