The Library of Congress has launched a $150 million acquisition to scale up its work with three of the largest commercial cloud providers and expand it to all legislative agencies.

Through a single-award, indefinite-delivery, indefinite-quantity contract, the library wants a managed provider to offer the services of Amazon Web Services, Google Cloud Platform and Microsoft Azure across the legislative branch.

While the contract is developed primarily for Library of Congress offices to build upon the work it already has done with those providers, it will also be made available to all legislative agencies, such as the Senate, House of Representatives, Government Accountability Office, Congressional Budget Office, U.S. Capitol Police and others, contracting documents say.

“This contract will provide the full range of Cloud computing, storage, software and services covering the spectrum of the Library’s Information Technology needs,” the solicitation says. It adds: “The Cloud service providers defined within this contract were determined based on pre-existing cloud environments currently in production within the Library’s cloud deployments. The Library intends to place orders to support the continuation of these existing cloud services.”

Other legislative agencies that want to move to the cloud but don’t want to go through the burdensome process of drafting their own separate contracts can simply “organize their utilization and application of cloud accounts according to their local governance,” the solicitation says.

The contract will run through June 2025. Bids are due by June 2. 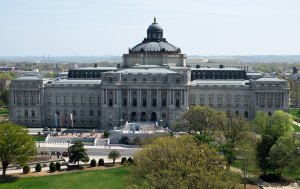