Technology giant Microsoft has filed a bid protest with the Government Accountability Office over a $1 billion task order awarded to Amazon Web Services as part of the CIA’s Commercial Cloud Enterprise IDIQ solicitation, FedScoop has confirmed.

AWS received the five-year, single-source contract from the National Geospatial-Intelligence Agency (NGA), which is the Department of Defense agency responsible for collecting and analyzing geospatial intelligence in support of national security.

According to a senior government source, Microsoft in its complaint alleges that the scope of the task is too broad because it encompasses all of NGA’s requirements under the CIA contract. The task order in question relates to both unclassified and classified cloud services.

Microsoft also alleges that NGA failed to properly justify the use of a competition exception and failed to provide adequate notice of its intent to make the single-source contract award, the source added.

GAO is due to make a decision about the bid challenge before Dec. 5.

C2E is a multi-vendor technology services contract that is managed by the Central Intelligence Agency for the greater intelligence community. The cloud services portion of the procurement was awarded in the fall of 2020 to Amazon, Google, IBM, Microsoft and Oracle.

According to industry presentation documents obtained by FedScoop in 2019, C2E is for the procurement of all types of cloud services including infrastructure as a service, platform as a service, software as a service, and associated professional support services.

The C2E procurement is worth up to “tens of billions” of dollars and has a 15-year performance period, according to the industry presentation documents obtained by FedScoop at the time.

Following the launch of the procurement, the DOD followed the intelligence community’s approach and launched the Joint Warfighter Cloud Capability after canceling its failed single-vendor cloud acquisition, the Joint Enterprise Defense Infrastructure(JEDI) procurement.

News of the bid dispute was first reported by Washington Technology.

Microsoft and AWS did not immediately respond to a request for comment. 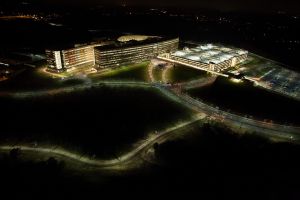