The Federal Emergency Management Agency has hired Lytwaive Hutchinson to be CIO.

Hutchinson joins FEMA after spending much of her career working with the Pentagon’s IT acquisition, most recently as vice director of the Defense Information Systems Agency’s Joint Service Provider, established in 2015 to consolidate defense IT delivery around the Beltway.

In that role, she supported a budget of more than $500 million. “We enable every mission,” Hutchinson said in November 2018 of the role of JSP.

Hutchinson replaces Adrian Gardner as FEMA’s CIO, who was reassigned to a role with the agency’s Caribbean Area Division last May. Deputy CIO Patsy Garnett had been serving as his replacement in an acting capacity. She will continue to serve as deputy. 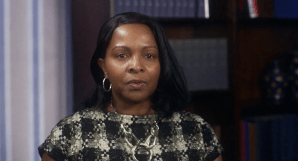