That role will mark a temporary promotion for Madsen, who currently serves as DIU’s deputy director and director of strategic engagement.

Formed by the Pentagon in 2015, the unit is designed to strategically accelerate the military’s adoption of commercial technologies. It is headquartered in Silicon Valley and runs outposts in multiple U.S. tech hubs.

Brown, a former CEO-turned-White House Innovation Fellow, has headed DIU for the last four years. He surprised many when he announced plans to depart this year when his term ends, despite an option to stay on.

“As deputy director, Mike Madsen will be acting director of DIU until a new person is identified and takes the helm of the organization,” a DIU spokesperson told FedScoop on Monday. Madsen “will stay in place to help in the transition until his [term as an appointed Highly Qualified Expert within the DOD] expires in 8 months.”

DIU’s next director will likely enter the position with expertise from the commercial sector, as Brown had.

Madsen “is not putting his name in for consideration for [permanent] director of DIU,” the spokesperson said.

Applicants competing to take his reins as DIU’s next permanent director were required to submit materials to the Defense Department by mid-August. That review process is ongoing and will likely take at least a month, the DIU spokesperson told FedScoop. 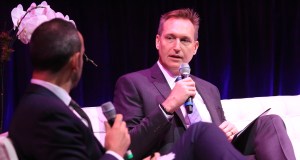