Meyya Meyyappan, 66, served as chief scientist for exploration technology at the Center for Nanotechnology at NASA‘s Ames Research Center, until he was caught lying to the FBI and NASA Office of Inspector General about being a visiting professor at Soochow University for an estimated $1.4 million over five years.

The case raises questions about NASA’s insider threat protections given Meyyappan’s “long-running deception,” in which he applied in 2016 to China‘s Thousand Talents Program — known for incentivizing foreign researchers to transfer technology and intellectual property licitly or illicitly, according to court documents.

“The privilege of access to cutting-edge U.S. technologies and intellectual property comes with the critical responsibility of protecting their secrecy,” said Audrey Strauss, U.S. attorney, in a statement on the ruling. “Meyyappan betrayed that trust by failing to disclose his foreign activities and then compounding his mistakes by lying to the FBI and NASA.”

Prosecutors said the government’s investigation found Meyyappan had provided Chinese researchers with data, documents and guidance on biosensors; assisted them with nanodevice fabrication; helped a Chinese company manufacture a smartphone sensor NASA is also working on; and given Chinese nationals access to NASA facilities.

“NASA is committed to conducting its work and fulfilling its missions securely and in full compliance with all applicable laws and regulations,” a NASA spokesperson told FedScoop, when asked if the agency will make any changes concerning insider threats based on the case.

Meyyappan was only charged with making a false statement to a federal agent, to which he pled guilty on January 13. The judge also ordered him to pay a $100,000 fine.

China’s Thousand Talents Program afforded Meyyappan an office and apartment, and he recommended other researchers for consideration. However, when interviewed by the FBI and NASA OIG on Oct. 27, 2020, he denied his ties.

“The PRC was not paying the defendant simply to publish papers on unsensitive matters, as he suggests in his brief. Meyyappan was being paid to pass sensitive and confidential NASA research to China, a foreign adversary,” wrote the prosecution ahead of sentencing. “That was why he concealed these associations for years and, when confronted about it during his proffer session, he lied.”

Meanwhile the defense said all of Meyyappan’s work abroad was published and not tied to sensitive or classified operations.

The defense said he was a hard-working immigrant from India, who’d created the NASA Ames Center for Nanotechnology from nothing and worked 25 years at the agency.

During that time Meyyappan’s 27 patents earned him a spot in the NASA Inventor Hall of Fame. His inventions include a gas sensor used to monitor crew cabin air quality on the International Space Station — the first nanotechnology in space — as well as biosensors for early heart disease detection and treating Parkinson’s disease.

“The job he loved, the profession he was dedicated to, and the reputation for innovation and excellence that he built all cease to exist,” read their memo to the judge ahead of sentencing. “This, more than anything, is a much more severe sentence than any period of incarceration.”

For that reason Meyyappan should receive time served or one year of probation maximum, the defense added. Meyyappan’s attorney did not respond to a request for comment.

While the prosecution agreed Meyyappan was not likely to reoffend, they sought up to six months imprisonment to deter other U.S. researchers from doing the same thing.

“[A] term of imprisonment is appropriate for reasons of general deterrence,” read their letter to the judge. “When a high-level U.S. government employee breaches the duties that he owes to his country by passing sensitive and confidential scientific research to the Chinese, and then lies about it, a message must be sent that this serious conduct that will be punished.” 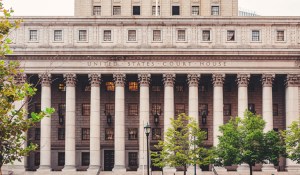