The Navy’s Sea Systems Command wants its autonomous surface and undersea vehicles to go further with less connectivity, according to a contract it signed for research on unmanned ships and subs.

A small artificial intelligence company, GMATEK, will work to “detect, mitigate and compensate for sensor degradation onboard unmanned surface and undersea vehicles,” according to a recent announcement. Deploying AI-powered unmanned vehicles requires hardening their algorithms so they are not as easily tricked when sensors either show novel data or are disabled, military technologists have said.

“GMATEK is applying machine learning and deep-learning artificial intelligence technology to ensure remotely operated and autonomous vehicles can operate reliably under adverse conditions and with increasing degrees of failure in sensor components and systems,” the Maryland-based company said in the release. The announcement did not include a dollar amount.

One of the goals of the project is to deliver research and prototypes for the Navy to be able to maintain situational awareness with its autonomous systems while operating in an area where the ability to communicate is degraded. Enemy forces might jam signals or perform other electronic warfare maneuvers to disable the vessels or block their connectivity to the rest of the fleet. Hackers have experimented with myriad ways to disrupt self-driving cars on land, and sea vessels would be susceptible to similar tactics. 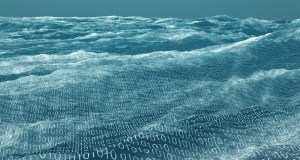