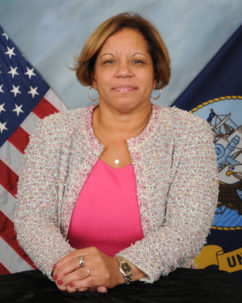 The Navy’s deputy chief information officer will retire in early February, according to a Navy spokesperson.

Janice Haith, who has served in the role since 2010, is the senior-most civilian career executive responsible for the Navy’s $6 billion annual IT spending. She has spent nearly 33 years in service to the U.S. federal government, according to the spokesperson.

Haith was one of FedScoop’s 2016 Top 50 Women in Technology.

“Military personnel tend to rotate every two or three years … we provide continuity,” she said at the time, of the career civilians.

In Haith’s role she is responsible for Navy CIO work relating to everything from portfolio management, to enterprise architecture.

In the past she has served as the Director of Enterprise Operations and Federal Information Sharing Executive for the DOD CIO, which included overseeing and managing key federal information sharing programs, according to her biography.

When asked what advice she would give to women interested in business or STEM careers, she said, “don’t be worried about traditional roles: Get out of the box and think … Sit at the table and speak. Don’t be afraid to shine. There are women everywhere.”