The Nuclear Regulatory Commission expects to complete its transition to the $50 billion Enterprise Infrastructure Solutions (EIS) contract by the end of 2021, nine months ahead of the federal deadline.

A success story among midsize agencies, the NRC received an A grade on the Federal IT Acquisition Reform Act (FITARA) 12.0 scorecard for exceeding 50% completion on its transition to the telecommunications and IT modernization contract and is, in fact, 98.9% done.

“We have held weekly transition calls with the primes and worked closely to scrub our inventory as best we could to minimize transitioning assets and services that were no longer needed,” Nelson told FedScoop by email.

The first was for telecommunications, audio conferencing, unified communications and network services and was awarded to Verizon. The second went to AT&T for managed trusted Internet Protocol services. And Verizon won the third for dark fiber.

“The NRC has issued all task orders it intends to issue at this time,” Nelson said. “The NRC competed all three task orders among the EIS primes and made awards to the responsible quoters whose quotations conformed with the solicitations and were most advantageous to NRC, evaluated cost, price and other factors considered.”

As of the General Services Administration‘s last EIS Transition Progress Tracking Report, only two midsize agencies are fully transitioned off the Networx, Washington Interagency Telecommunications System (WITS) 3 and GSA Regional Local Service (RLS) contracts expiring May 31, 2023. Those two are the Executive Office of the President and the Federal Deposit Insurance Corporation.

The next step for the NRC is to transition its remaining local service agreements under EIS.

“The NRC anticipates another A grade on the next FITARA scorecard,” Nelson said. 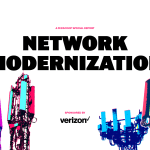