The National Security Council’s cybersecurity team is working with the federal initiative to prevent the defrauding of public benefits programs on recommendations that will become part of a forthcoming executive order.

The Executive Order on Preventing Identity Theft in Public Benefits Programs will include new actions supporting victims of identity fraud and address bias that results in disparate outcomes.

President Biden originally established the initiative in May 2021, consisting of the American Rescue Plan coordinator and Office of Management and Budget working in consultation with the NSC, Pandemic Response Accountability Committee, inspectors general and Government Accountability Office.

“Under my administration the watchdogs are back,” Biden said, during his State of the Union address Tuesday evening. “And we’re going to go after the criminals billions of relief money meant for small businesses and millions of Americans.”

Biden further announced the Department of Justice would appoint a chief prosecutor to its COVID-19 Fraud Enforcement Task Force to focus on the most egregious pandemic fraud including identity theft by large-scale, foreign-based crime syndicates. The task force will receive heightened resources — like next-generation data analytics tools for identifying fraud in the Paycheck Protection Program and unemployment insurance — and enhance penalties for fraudsters.

The task force includes nearly 30 agencies working to recover billions of dollars in stolen funds across more than 200 investigations involving more than 1,800 people and entities. Already more than 1,000 cases have been charged.

“The dramatic outpouring of pandemic relief in 2020 saw an expansion of foreign and domestic criminal syndicates defrauding unemployment insurance and other benefits programs to rob American taxpayers of billions of dollars that should have gone to support deserving small businesses and workers who had lost their jobs,” reads the White House announcement. “The Federal Trade Commission reported a 3000% increase in reports of identity theft involving public benefits from 2019 to 2020.” 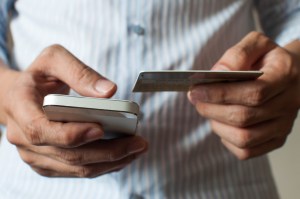