Last week’s insurrection of far-right extremists storming the Capitol spurred lawmakers to consider important questions about the state of American democracy and the smooth transition of presidential power. The nature of the police response, and the contrast with police treatment of Black Lives Matter protesters, has also intensified concerns about racial bias in policing that have been building since the killing of George Floyd last May.

As the incoming Biden administration tackles police reform, open and transparent data can be one of its most important tools for progress. President-elect Joe Biden and his advisers have announced racial equity as a central plank of their approach to “Build Back Better,” and a key part of that agenda is police and criminal justice reform. The administration’s transition website states it will establish “a nationwide ban on chokeholds; stopping the transfer of weapons of war to police forces; improving oversight and accountability, to create a model use of force standard; [and] creating a national police oversight commission.”

For these policies to be successful, the new administration will require access to quality open data on crime and other demographic data from states and local police departments. The Center for Open Data Enterprise (CODE) — a Washington-based nonprofit whose mission is to maximize the value of open and shared data for the public good  — has just published a Briefing Paper on Policing Data. The paper makes the urgent case that open policing data can inform criminal justice reform and provide insight on police involvement in marginalized communities.

Thanks to available data, we know that the U.S. criminal justice system is the largest in the world with incarceration rates of 698 per 100,000 residents that dwarf other developed nations. As of 2020, 2.3 million Americans were incarcerated in federal, state, or local prisons and jails. African Americans are more likely than white Americans to be arrested, convicted, and experience lengthy prison sentences. These structural problems start with increased police presence in Black communities and the prevalence of bias in the criminal justice system. Policing is the first interaction that many communities of color have with the justice system and can mark the entryway into the court and prison systems.

But what can the data now tell us about policing? Despite improved technology and reporting requirements, open policing data is sparse and inconsistent around the United States. CODE believes that improved policing data is needed to reform the criminal justice system and should be a major priority for the Biden administration.

Policing data can be used to improve accountability, build trust in the criminal justice system, and provide insights to drive better reform. Existing civil society databases and federal data sources demonstrate how open data is deployed for predictive policing, documenting bias in police departments, and measuring the impacts of use of force policies. However, the localized nature of police data and legacy data systems can make it very difficult to uniformly measure crime, access consistent police data, or comprehend what reforms are working and what reforms are not.

CODE’s Briefing Paper identifies key civil and state-level sources of policing data, outlines the policy landscape, and provides recommendations to improve and apply criminal justice data. The paper provides a deep dive into data use cases, cross-cutting issues and challenges, immediate opportunities to improve police data, and key questions to determine future progress. It recommends that policymakers select specific high-value datasets to open across the country, such as data on officer-involved shootings and complaints against officers.

Some jurisdictions are taking steps in the right direction by releasing up-to-date data about their local police forces. For example, the Citizen Complaint Authority in Cincinnati helps the public understand this data in graphs, charts, and maps, making it easier to devise better policies. Moreover, Wallkill, N.Y. publishes an annual spreadsheet of its police force’s demographics, including details like rank, years on the force, gender, and education levels of the 120 people in their department. This helps local citizens identify if the police forces that are policing their communities look like them.

But more discussion, best practices, and better data are needed. What kinds of federal oversight are needed to create better standards and data sharing for police departments? What kinds of nationally available criminal justice and policing data would improve police accountability and substantive criminal justice reform? How can data better help policymakers and researchers understand the disproportionate use of violence by police against Black and Brown communities?  CODE believes that addressing these questions could help chart a path forward for a better open data landscape that supports police accountability and addresses racial inequities.

While the Federal Data Strategy and Foundations for Evidence-based Policymaking Act have continued to enable better data sharing at the federal level, much of the remaining work will require close collaboration with states and local municipalities. As the Biden administration plans to implement sweeping changes that impact the criminal justice system and other areas of racial equity, accessing, analyzing, and applying open data will enable a better understanding of the policy options on the table. This information may also begin the long and important process of increasing transparency and trust between police departments and the public. 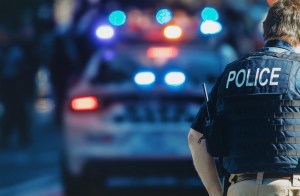