While Palantir has long worked with government agencies — its first clients were agencies in the intelligence community and it has recently won some big contracts in the Department of Defense — CTO Akash Jain said the new certification is “critical” to the company’s “fast-growing” work at civilian agencies. FedRAMP is a governmentwide standard to authorize the security of cloud-based products and services.

“With our FedRAMP authorization in place, Palantir is eager to build upon our 15-year history of partnering closely with the US Government and looks forward to working with more federal agencies as they embark upon data modernization and cloud migration efforts,” Jain said in a statement.

He told FedScoop that the company will pursue FedRAMP High authorization — which is important for particularly sensitive datasets — next.

The Department of Health and Human Services served as Palantir’s sponsor through what Jain called a “rigorous” approval process. In May, Palantir was named as one of the 57 companies on a $49 million HHS advanced technologies contract. 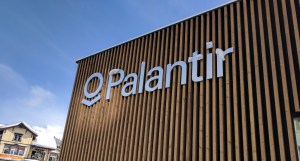