A large swath of the government has shut down after Congress failed to agree on a stopgap funding bill prior to the Friday night deadline. And according to the president, it could be a “very long” one.

Congress’ inability to pass a funding bill for parts of the government centers on the debate around the demand for money to build a wall along the border with Mexico.

Trump tweeted Friday, “If the Dems vote no, there will be a shutdown that will last for a very long time.”

The Democrats, whose votes we need in the Senate, will probably vote against Border Security and the Wall even though they know it is DESPERATELY NEEDED. If the Dems vote no, there will be a shutdown that will last for a very long time. People don’t want Open Borders and Crime!

In a subsequent video, he said, “The shutdown hopefully will not last long.”

The Office of Management and Budget issued guidance late Friday night ordering the agencies affected to begin executing “plans for an orderly shutdown due to the absence of appropriations.”

Not all agencies will be impacted. Those already funded by the Energy and Water, Legislative Branch, and Military Construction and Veterans Affairs Appropriations, and the Department of Defense and Labor, Health and Human Services, and Education Appropriations acts will be fine.

Nine departments, as well as dozens of other non-Cabinet agencies, will be closed:

All in all, more than 800,000 federal employees will be affected by the closure — around 420,000 will be deemed essential and continue to work without pay.

This can also hurt contractors — they’ll be expected to continue work until they get a stop order from agency contracting officers. Also, if they work in government facilities that are closed, they, of course, won’t be able to do their jobs. While furloughed government employees are typically paid back for the time they couldn’t work, contractors typically aren’t.

In the federal IT community, this sort of lapse in appropriations leads to frustrations around planning more modernization programs and hurts morale, as FedScoop has reported during prior shutdowns.

For a detailed, firsthand look into what a shutdown is like, listen to this episode of Gov Actually from earlier this year. 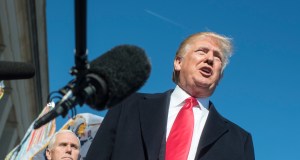 Partial shutdown hits government, could be a long one