The Pentagon’s Joint Artificial Intelligence Center hosted the first multinational meeting under its new Partnership for Defense initiative this week, focusing on the ethical fielding of AI in militaries around the world.

Secretary of Defense Mark Esper announced the Partnership for Defense earlier in September, but the two-day virtual meeting on Tuesday and Wednesday officially kicked off the program. The group of 13 countries spoke via Microsoft Teams about implementing ethical principles and technical matters related to fielding AI in their respective militaries.

The initiative ties back to a critical pillar of the National Defense Strategy — strengthening the bonds with allies — and marks the first major initiative the JAIC has launched to bring allies together around AI.

“What we are doing is nothing short of historic,” Mark Beall, head of strategy and policy at the JAIC, said in an interview before the meeting kicked off.

“We want it to be almost like a problem-solving forum,” said Stephanie Culberson, director of international AI Policy at the JAIC. She added that the meetings are designed to be informal and collaborative, unlike many military-to-military engagements.

The JAIC hopes the roster of participants will grow as other nations mature in using AI for defense. Admission is limited to allies with “mutual interests,” meaning those that share similar foreign policy goals, abide by human rights agreements and respect the rule of law.

Culberson’s goal for the first conference was to come away with a deeper understanding of shared methods of success and points of difficulty while ensuring ethics was a point of discussion.

The “focus on tactical ways we are implementing [ethical] principles into practice” was a theme throughout the two days of the meeting, Culberson said.

The JAIC’s team leads on ethics, testing and evaluation, infrastructure and other areas were present for the first meeting.

“What we intend to do with this one is really focus in on ‘what do we need to be doing today?'” Beall said before the meeting. Other questions he said the group tackled: “How do we drive delivery of responsible AI capabilities in our organizations? How do we think about interoperability? How do we think about democratic and value-based leadership?”

Down the road, Beall hopes the group will also serve as a technical sharing stage where interoperability between countries can be ironed out. The DOD has several other initiatives to improve IT connectivity with allies, including its Mission Partner Environment, announced by CIO Dana Deasy earlier this summer.

There is no issue that is off-limits in the discussions, JAIC officials said. Beall said the group would likely shy away from talk of lethal autonomous weapons, as there are other groups like the United Nations leading dialog on that.

“Over all I am extremely optimistic,” Beall said about the initiative. 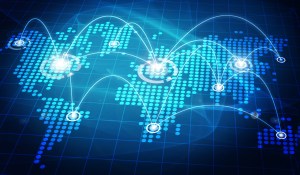