The Department of Defense has awarded a $117 million contract to GlobalFoundries to bolster U.S. production of critical microelectronics, the Pentagon announced Monday.

As part of a Defense Production Act Title III agreement, GlobalFoundries will transfer its 45-nanometer silicon-on-insulator (SOI) semiconductor manufacturing process from its Fab 10 facility in East Fishkill, New York, to its Fab 8 facility in Malta, New York. Last year, the firm received an $8 million award to conduct initial engineering baseline activities for the transfer, according to a DOD news release.

“This agreement will ensure access to 45nm SOI semiconductors critical to DoD strategic systems,” the release stated, noting that the deal is “part of the nation’s effort to sustain the microelectronics manufacturing capability necessary for national and economic security.”

The first chips from the agreement are slated for delivery next year, according to GlobalFoundries.

“GF is proud to be a longtime supplier to the U.S. Government, and we remain deeply committed to meeting the semiconductor technology needs of the Department of Defense, as well as the technologies so critical to our national security,” CEO Tom Caulfield said in a statement.

He continued: “The strong public-private partnership demonstrated with this new supply and tech transfer agreement is an excellent example of the impact federal collaboration and investment in semiconductor manufacturing can have on strengthening domestic supply chains. Our partnership boosts the national economy, while also securing a strategic and reliable supply of chips needed by the U.S. government for aerospace, defense, and other mission-critical applications.”

Microelectronics are a key component of the DoD’s advanced capabilities including precision guided munitions, hypersonic weapons and satellites. Pentagon officials are worried about supply chains.

“The migration of semiconductor manufacturing to the Asia-Pacific region, and the subsequent decline in domestic manufacturing, represents a substantive security and economic threat for the United States and many allied nations,” DOD said in a February report on securing defense-critical supply chains, an action plan developed in response to President Biden’s Executive Order 14017.

Federal agencies, including the DOD, are seeking to boost the U.S. industrial manufacturing base.

Microelectronics are a top priority for Undersecretary of Defense for Research and Engineering Heidi Shyu, who has deemed them a “critical technology” area.

During a webinar last month hosted by the National Defense Industrial Association, Shyu noted that “there’s a real focus on onshoring.”

In February, Shyu’s office issued a request for information seeking feedback on creating what the DOD is calling a Microelectronics Commons.

The Pentagon envisions the commons as a public-private partnership consisting of regional innovation hubs distributed across the United States that will “foster a pipeline of innovative ideas and talent residing in university labs and small business R&D teams,” according to the RFI.

The aim is to reduce barriers to innovation and enhance infrastructure, namely by establishing “Lab-to-Fab” testing and prototyping hubs, providing broad access to those hubs for developers, and strengthening the education pipeline around microelectronics at academic institutions.

The hubs will “focus on critical, on-shore prototyping to transition innovation from universities, start-ups, and small companies to manufacturing,” the RFI said.

Editor’s note: This story has been updated to include a statement from GlobalFoundries. 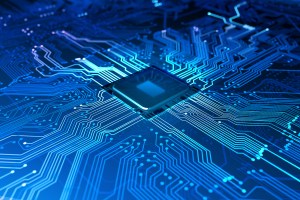