The IRS is increasing use of its streamlined procurement and phased-funding program to deploy innovative tools that address nagging problems like converting paper files to digital records, according to Mitch Winans, senior adviser for enterprise digitalization.

The program, called Pilot IRS, has about nine projects in motion — including one for scanning-as-a-service and optical character recognition (OCR) tools — and Winans said his office also wants to keep bringing in other emerging technologies of interest.

“How can we buy like a venture capitalist?” Winans said during an ACT-IAC webinar Monday. “How can we bite off small, manageable chunks to be able to identify, test and evaluate technologies — spending a smaller amount of time and smaller amount of money in an agile fashion — before we more fully deploy something or try and scale it in a sustainable way across a specific program or specific office or even more broadly across the agency?”

Pilot IRS, run by Winans’ Enterprise Digitalization and Case Management Office, issues requests for information (RFIs) and requests for proposal (RFPs) on a tight, three- to four-week timeline, before inviting some vendors in for oral evaluations and making four to five awards.

Scanning-as-a-service and OCR are ideal projects for Pilot IRS because they’re emerging technologies that the agency can rapidly deploy to solve a pressing issue.

The 180-day, $200,000 first phase of the scanning-as-a-service solution challenge is coming to a close with five participating vendors: Resultant, Ripcord, Brilliant, GovernmentCIO, and Xerox.

Vendors received their individual contracts — which come with a $7.5 million threshold the IRS hopes to eventually increase — in August, some of which will have options exercised for subsequent phases. Typically only one or two contractors remain by the final Phase 3.

Scanning-as-a-service will be the IRS’s first digital intake solution, expected to process up to 1 billion pages in the first use case with perfect accuracy because scanned records must be able to hold up in court.

The solution also can’t be a one-off that introduces more technical debt to IRS but rather integrate into the agency’s target state architecture.

“We’re looking to build out enterprise solutions that we can leverage to do scanning and take a holistic view of the digitalization needs of the enterprise overall, keeping in mind that the focus is to make sure we’re introducing solutions that improve the taxpayer experience as well as improve the workforce daily experience and operations as well and help us be more effective at tax administration,” said Crystal Young, acting program director for digitalization, research and execution.

The IRS will eventually look to introduce new capabilities like a data lake, using scanning-as-a-service as a managed service for all digital intake, and retiring legacy systems as the project scales, Young added.

Of Pilot IRS’s nine solution challenges to date, five are in Phase 3 with the scanning-as-a-service challenge the next most likely to reach that level, followed by the OCR challenge. Pilot IRS has seen more than 420 proposals, about 50 per round, and reduced the time from RFI to award from 35 to 25 days.

“We do receive a lot of proposals because it is so effective at getting the new technology in the door,” said Marcy Almeida, senior contracting officer with Pilot IRS. 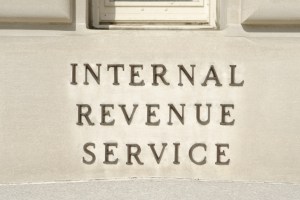 As Pilot IRS program expands, agency looks for more ways to ‘buy like a venture capitalist’