Since 2014, DOE’s Office of Science has assessed and invested in early quantum simulations, machine-learning algorithms and software stacks. The supercomputers are expected to revolutionize work in the fields of quantum physics, chemistry and biology.

“Continued investments in quantum computing will focus the intellectual prowess of our scientists and engineers on the development of technologies that the private sector can convert into commercial applications to improve the lives and security of all Americans,” said Energy Secretary Rick Perry in the announcement.

Some projects may develop new programming languages and debuggers adaptable to various quantum computing systems, while still allowing them to interface with classical computers.

“While prototype QC systems currently exist and the qubits that they support are scaling up; the hardware technologies and the proposed architectures vary and the applications that these early systems are useful for are limited,” according to the announcement.

DOE envisions using future quantum computers for researching how to manipulate electrons to imitate processes like logic and photosynthesis or to create biologically inspired, molecular machines.

The competitive grants will be awarded by peer review to two or three five-year projects. Awards are capped at $2.5 million annually, and funding after the first year is dependent on congressional appropriations.

The announcement comes on the heels of several initiatives around the federal government to boost quantum computing research. At the close of 2018, President Trump signed the National Quantum Initiative Act into law, proposing to spend more than $1.2 billion over the next five years to establish a coordinated framework between federal research labs, academia and the private sector to advance quantum technologies. And in September, the administration issued a national strategy for advancing the development of the technology. 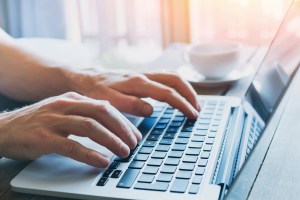