Former NSA contractor Harold T. Martin III, who remains in jail awaiting a court case for allegedly carrying out the biggest theft of classified information in U.S. history, reportedly compromised more than 75 percent of hacking tools that were stored in a secretive library used by the agency’s elite hacking unit.

Federal prosecutors in Baltimore may seek an incitement against Martin as early as this week, according to The Washington Post. The incident is expected to contain charges of violating the Espionage Act.

Individuals familiar with the case told the Post that Martin “willfully” retained information pertaining to national security, which includes classified NSA data and operational plans. Violations of the Espionage Act can carry a prison term of up to 10 years for each count.

A criminal complaint unsealed by the court in October showed that government lawyers were originally seeking to charge Martin with felony theft of government property and the unauthorized removal and retention of classified materials, which would result in a misdemeanor. Recent reports suggest a steeper penalty for Martin, who worked in the U.S. intelligence community for more than a decade as a defense contractor.

Zachary Myers, an assistant U.S. attorney with the District of Maryland, said during a detention hearing in October that Martin stole “irreplaceable classified material on a breathtaking scale,” roughly amounting to 50 terabytes worth of digital information.

Martin’s defense attorneys have consistently defended their client, describing him as a “patriot” that simply “hoarded” documents he deeply treasured. Martin, they say, acted on his own volition and was not acting on the instruction of a foreign power.

Last Fall, a U.S. District Judge declined Martin’s request to be released from jail pending an eventual trial or resolution of the case. At the time, the judge ruled that Martin posed a flight risk. 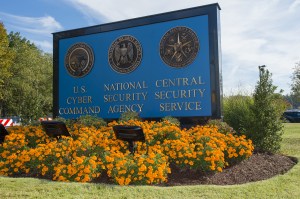