An electronic payment program deployed in Afghanistan to help curb the theft of customs revenue captured only half a percentage point of its target for collecting those customs duties, an inspector general’s report has found.

The Special Inspector General for Afghanistan Reconstruction report details efforts by the U.S. Agency for International Development to level a massive budget deficit in the Afghan government, whose revenues only account for 38 percent of its spending. A big part of the proposed solution is an e-payment system to process and collect customs on goods imported into Afghanistan.

But despite paying more than $161 million over eight years to install the e-payment system, investigators have found that the system captured only 0.59 percent of the total duty revenue — far short of the targeted 75 percent.

Customs collection on transported goods is one of Afghanistan’s largest revenue drivers, but because customs officials often deal in cash, customs are susceptible to theft and corruption. The report noted that up to half of the customs revenue collected between December 2013 and December 2014 was thought to be stolen.

“The goal of the program was to improve the Afghan government’s customs processes and revenue generation, mitigate opportunities for corruption in the customs and trade process and strengthen ‘the business climate of Afghanistan to enable private investment, enhanced trade, job creation and fiscal sustainability,’” the report said.

The agency paid $83.8 million from 2009 to 2013 to implement the system, but a 2014 SIGAR audit found that the installation process was slow, causing USAID to contract with Chemonics for another four-year period through the follow-on Afghan Trade and Revenue Project.

Despite awarding an additional $77.8 million for the ATAR contract, customs e-payment collection has fallen far below the targeted goal of 75 percent of customs collection in the final two years of the contract.

Instead of actual collections nearing the projections, they again dropped, this time to to 0.46 percent of total revenues. In all, out of $1.82 billion in collected customs revenue between 2014 and 2016, only $10.87 million was collected through e-payments.

Among the problems with e-payment collections, officials at USAID and Chemonics cited:

The report also noted that the Afghan regulatory regime encourages the use of the cash-based system, in part because regulations require transactions more than 500,000 Afghanis (or $7,328 American) require customers to provide a source of the funds, whereas transactions to the Da Afghanistan bank do not. Therefore, traders not wanting to leave a paper trail of transactions for tax purposes are incentivized to pay in cash to the central bank.

The report directly calls into question the target goals set by both USAID and Chemonics, as well as how traders use the Da Afghanistan Bank as a diversion of customs laws and regulations.

“Despite USAID’s ongoing commitment to implementing the e-payment system, and the potential positive effect such a system may have on curbing corruption in the customs process, it is clear that has failed to achieve the lofty outcomes called for in the contract and annual work plans,” the report said.

The Chemonics contract is set to expire in November, and SIGAR officials said that USAID officials should require the contractor to assess the reasons for the failure of the system and address them.

In response to the report, USAID officials cited ongoing challenges — including fostering cooperation between Da Afghanistan Bank and the Afghanistan Customs Department to adopt the e-payment system — but agreed with SIGAR’s recommendation to have Chemonics assess the reasons for the failure of adoption.

USAID officials said a root cause analysis of the e-payment system will be completed by Aug. 31. 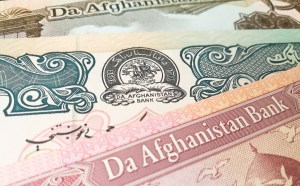