The Small Business Administration hopes to eventually design a trust algorithm that controls network and data access based on the agency’s appetite for risk, according to Security Architect Trafenia Salzman.

SBA is speaking with vendors about the middleware — software applications beyond its operating system — needed, either from developers or off the shelf, as part of the zero-trust solution.

The National Institute of Standards and Technology‘s Special Publication 800-207 identifies a trust algorithm as a logical component of any zero-trust architecture, which the Cybersecurity Executive Order issued in May directs agencies to implement.

“You want to have leadership or the security architects, basically everyone at the agency, figure out: What’s our appetite for risk?” Salzman said, during an ATARC event Wednesday. “And assign that to the policies within the trust algorithm, and then that trust algorithm can then act based on the policies that you have written to it.”

A policy engine is the brain of a trust algorithm, which is the process used to grant or deny access to the agency’s network and data. The engine often uses machine learning (ML) or artificial intelligence to rate the risk of network activity in real time based on five inputs:

Agencies may weigh the importance of each input or leave it up to a proprietary algorithm, depending on the value of the data being protected.

If the trust algorithm determines the risk of an access request to be above the agency’s limit, a user may only be granted access to a few resources if any. The algorithm may also alert the agency’s security operations center that additional investigation of a suspicious login or other anomalous behavior is needed by a cyber analyst.

Governance and access management solutions must also still be added to the sim for a complete trust algorithm, Brewer said.

“Where I think the market is going is that each solution — whether that’s the sim or the access management engine or the governance engine, whatever those are — is all going to have artificial intelligence pieces that are calculating risk and feeding it into making real-time decisions,” he said. 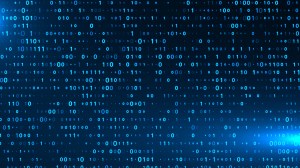