Editor’s Note: This story has been updated with comment from Gregory Charvat

The Army wants to see through walls, but in a way that goes far beyond the usual dreams of X-ray vision.

A new request for information is soliciting white papers on portable technology that will be able to “detect, identify, and monitor persons, animals, and materials behind multi-leveled obstruction(s) from a long standoff range.”

The ideal system should be able to read biometric data, perform “knowledge management functions” and use machine learning and artificial intelligence to improve its science-fiction-like vision powers, according to the RFI.

Gregory Charvat, a former MIT instructor who has worked on through-wall radar technology for years including on research for the military thinks the Army will likely be disappointed in their search.

“There is no changing the laws of physics,” he told FedScoop. The central challenge is not one AI or any algorithmic solution can solve, it’s physical. These systems work primarily with radar, and by definition the better resolution-images are less effective at penetrating walls. Training AI on low-resolution and poor quality data won’t help solve the essential problems of the technology, he said.

“If the scene is unpredictable, which it will be in actual combat conditions, then it falls apart,” he said. “Folks are starting to call such techniques ‘balanced on the edge of a piece of paper.’”

But still, the detailed RFI is looking for information about technology that is ready to be used. Whether any such exists is uncertain. While wall-penetrating technology has been available for years, there is often a steep trade-off between the size and clunkiness of a device and clarity.

A private company, Lumineye, has been developing dolphin-like echolocation technology to penetrate walls with Army funding. A 2019 Lumineye demo video shows that its hand-held technology has limited detection capabilities, not the full biometric 360-degree vision the Army seeks. The Army also wrote that “all of the data will need to be displayed on a wireless tablet.”

The demand for such a product has been high for a long time, as soldiers have more frequently been deployed in urban environments on counterinsurgency and counterterrorism operations. The Army wants to avoid surprise attacks during urban patrols and also help soldiers confiscate illicit arms and IEDs surreptitiously stashed.

The technology wouldn’t be limited to city use, though: The Army also wants gear that can be deployed in dense foliage.

Dense foliage is also a problem likely to hinder progress. Charvat said these systems are generally “line of sight” and the antennas needed to produce quality radar cannot be hand-held.

The technology for this request is being developed in collaboration with the Army’s Special Operations Forces, Combat Capabilities Development Command and several other research organizations. 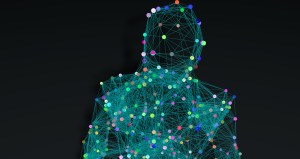 Army wants tech than can identify people through walls