Editor’s Note: This story and its headline have been updated to reflect the passage and signing of appropriations legislation.

President Trump signed a spending bill Friday to prevent another government shutdown and it included $25 million in funding for the Technology Modernization Fund.

Prior to the bill’s signing, Sen. Jerry Moran, R-Kan., celebrated securing the funding in the Senate version of the legislation.

“I am pleased that our efforts with appropriators and relevant agencies to improve transparency around agencies’ modernization proposals have resulted in bipartisan support for the Technology Modernization Fund,” Moran said in a statement. “Congress and federal agencies must work hand-in-hand to provide the necessary resources to the TMF, which, used responsibly, is a vital tool for the federal government’s task of keeping our nation’s critical IT infrastructure efficient and secure.”

The TMF is a central funding pot, administered by the General Services Administration, that loans out money to selected agency IT modernization projects. It was created by the Modernizing Government Technology Act, sponsored by Rep. Will Hurd, R-Texas, in the House and Moran in the Senate. Trump signed it into law as part of the 2018 National Defense Authorization Act in December 2017.

The project was granted $100 million in initial funding in fiscal 2018. Its board has so far allocated all but $10 million of that pot. Most recently, it granted a $20.7 million award to the General Services Administration to accelerate development of its modernized payroll shared service, NewPay.

Getting money for the 2019 edition proved tricky, however. In August, Sen. James Lankford, R-Okla., explained why a Senate-passed appropriations bill didn’t include any funding for TMF by citing a lack of results from the initiative.

“We’ve not seen results from that program yet and we don’t have any data on it,” he said. “And I wasn’t going to allocate $210 million to something that we don’t know that it’s working.”

Rep. Hurd, however, maintained all along that he was confident TMF would get funding. 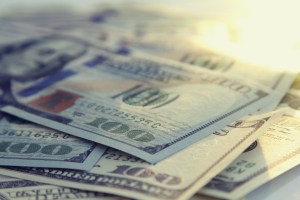