Kucharski takes over the role at the agency from Luis Campudoni, who has returned to the post of deputy chief information officer.

Kucharski has worked at SBA for 23 years, including 13 years as a senior executive. He led a team responsible for supporting the SBA’s Guaranty Loan Programs and also led systems delivery of SBA’s Office of Capital Access programs for acts including the Recovery Act and the CARES Act, as well as the American Rescue Plan.

In the CIO role, Kucharski’s responsibilities will include working to harmonize the agency’s use of cloud services and continuing progress with cybersecurity and network modernization across SBA’s nationwide sites.

Campudoni took on the post of acting CIO earlier this year in February, following the departure of Keith Bluestein. Campudoni joined from the Department of Homeland Security where he previously held senior technology roles.

In its latest strategic plan, the agency set a key goal of increasing its IT maturity rating, which it in part intends to achieve by improving the IT satisfaction rate reported by small businesses that work with the department.

In its previous strategic plan, the agency identified the implementation of an IT business partnership program and the consolidation of multiple, siloed help desk as key priorities as top goals. It also underscored the importance of using robotic process automation and artificial intelligence to identify and automate business processes where possible.

An SBA spokesperson confirmed the appointment, which was first reported by Federal News Network. 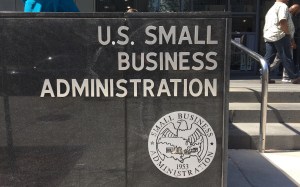