The State Department is conducting market research for a biometric system for the government of Mexico that could interact with those of several U.S. government agencies.

The system, according to a recent request for information, should be interoperable with Mexican biometric applications, as well as systems at the FBI, Department of Homeland Security and Department of Defense. In the document, State suggests the system could include identification and verification for face, finger, iris and voice.

Though the Trump administration has been vocal about securing the U.S.-Mexico border, it’s worth noting that this request is part of the Mérida Initiative, which dates back to the George W. Bush and Felipe Calderón administrations.

“Through the Merida Initiative, the U.S. government and the Government of Mexico are procuring biometrics technology to enhance coordination on border security and migration management activities,” a State Department spokesperson told FedScoop via email.

The U.S. and Mexican governments in 2015 approved a $75 million Mérida program to help Mexico “develop an automated, interagency biometrics system to help agencies collect, store, and share information on criminals and migrants,” according to a January report out of the Congressional Research Service.

The department is seeking a solution of primarily commercial-off-the-shelf products, and vendors using agile development methodology. 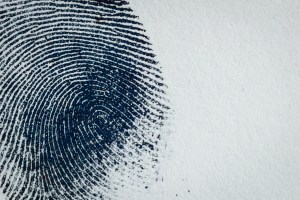