A new bipartisan bill introduced Wednesday in the Senate would create a Select Committee on Cybersecurity to act as a central entity overseeing cybersecurity efforts across multiple federal agencies.

The bill by Cory Gardner, R-Colo., and Chris Coons, D-Del., would fundamentally alter the way the Senate handles legislation relevant to cybersecurity. The Homeland Security, Armed Services and Intelligence panels currently share jurisdiction over digital security issues and would have to cede some of their existing influence.

The 21-member committee would bring together a star-studded cast of lawmakers that are currently the highest-ranking Republicans and Democrats on the Appropriations, Armed Services, Foreign Relations and Intelligence committees, among others.

The committee would effectively decide when and if U.S. Cyber Command, the military cyberwarfare unit, would be split from the National Security Agency, which focuses on signals intelligence collection. A division of the currently conjoined organizations had become a point of debate in Washington during the Obama administration. U.S. Cyber Command achieved “initial operating procedure” in October 2016.

Introduction of the bill follows the creation of a Senate Armed Services subcommittee focused on cybersecurity, with Mike Rounds, R-S.D., serving as chairman and Bill Nelson, D-Fla., as ranking member. 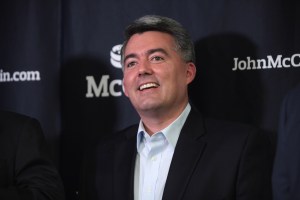