The Department of Veterans Affairs has added another 5G hospital to its growing list of medical facilities enabled with the next-generation wireless network.

T-Mobile announced it has deployed its Ultra Capacity 5G service “in and around” the Miami VA Healthcare System, providing in-building coverage with average speeds of 300 Mbps and peaks at 1 Gbps.

This allows medical providers in the hospital to “quickly access high bandwidth files such as imaging results, labs and medical charts without having to be tethered to a computer,” T-Mobile said in a release. T-Mobile claims to have the “fastest 5G network of any provider.”

“We set out to do good with our 5G network and right now healthcare is more important than ever,” said Mike Katz, executive vice president of T-Mobile for Business.

The Miami VA Healthcare System is no tiny hospital. It serves veterans in Miami-Dade, Broward and Monroe counties in southern Florida, with an estimated veteran population of 149,704, providing 372 hospital beds, according to the VA. The Bruce W. Carter Department of Veterans Affairs Medical Center, the main facility, sits on 26 acres of land and is connected to several outpatient medical facilities and counseling centers.

“Groundbreaking collaborative partnerships like this play an important role in our success moving forward and we are grateful to T-Mobile for their continued commitment to the partnership with VA,” Deborah Scher, executive advisor to the VA secretary, said in a statement.

T-Mobile has also partnered with the VA to provide 70,000 lines of wireless service to doctors, nurses and staff and free unlimited access to online telehealth for veterans, a service that has surged during the COVID-19 pandemic.

Last month, the VA announced a similar partnership with AT&T at the VA Puget Sound Health Care System in Seattle to pilot 5G and multi-access edge computing in its facilities. A Silicon Valley VA hospital has also been experimenting with 5G provided by Verizon to power augmented reality visualization.

The Department of Defense too is trying to get a head start on bringing 5G to some of its bases around the country through a series of commercial-driven pilots focused on providing services like smart warehouses, virtual reality and more. 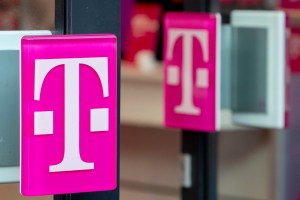