As transportation enthusiasts wait for President Donald Trump’s leadership to begin unveiling a plan for improving the nation’s infrastructure, experts said Tuesday that technology has a place in that discussion.

And there are “several thousand” Transportation Department employees who haven’t forgotten about issues like connected vehicle technology and intelligent transportation, said former NHTSA Administrator David Strickland at a conference hosted Thursday by the Eno Center for Transportation, a nonpartisan think-tank.

In his “Contract with the American Voter” Trump said he would, within his first 100 days in office, work with Congress to introduce the “American Energy and Infrastructure Act.” In the document, Trump says the proposal would leverage “public-private partnerships, and private investments through tax incentives, to spur $1 trillion in infrastructure investment over ten years.”

McClatchy recently reported Trump’s team had given the National Governors Association a drafted list of possible infrastructure projects with a price tag of at least $137.5 billion.

“I think when you actually get down to the budget situation where yes, you do have the money to spend and here is your frame to do it, I think those very details that you’re talking about will come to the floor, because there’s been a lot of people looking for the opportunity to do that,” Strickland said to a question about incorporating technology into infrastructure investments.

Strickland, who is now with the Self-Driving Coalition for Safer Streets, said that details around the Trump administration’s “broad proclamation” of $1 trillion in infrastructure investments will have to be “teased out.”

And Elaine Chao, who has been nominated for Transportation secretary, “is going to have to talk about how we make these investments … thinking about the forward-leaning planning about communications technology and other intelligent transportation investments that are being made within that,” Strickland said.

In her confirmation hearing this month, Chao did not have a lot of precise answers for how she planned to regulate or foster transportation technology development. But she did say: “We want to work with Congress to position the federal government as a catalyst for safe, efficient technologies, not as an impediment.”

The Eno Center’s vice president of policy and finance at the Eno Center for Transportation Paul Lewis said Thursday that all discussions about infrastructure investment programs should be focused on “what those programs are hoping to achieve,” and that technology can be considered as a way to get to those program goals.

“So if there’s a safety program for example, it doesn’t matter whether you’re spending a bunch of money trying to straighten a road, or implementing some technology that will make that road just as safe, if not safer,” Lewis said. 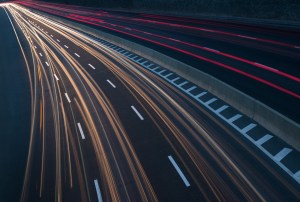 There’s a place for tech in infrastructure planning, experts say