The Obama administration’s IT leaders focused heavily on trying to get agencies to move to the cloud, leverage shared services and above all, retire legacy systems. And so far, all signs point to the Trump administration continuing in a similar vein.

The most recent example of that came from Grant Schneider, the acting federal chief information security officer, who spoke Thursday of the need to focus on IT modernization for efficiency and security’s sake.

The way to do that is certainly by “moving towards more cloud services, more shared services,” among other potential improvements, said Schneider, who is based in the White House Office of Management and Budget.

He noted too that “we’re not well-equipped from the way we do budgeting and acquisition, to get out of,” those problems.

Legislation that failed to make it into law last Congress sought to tackle some of these issues. The Modernizing Government Technology Act, which Texas Republican Rep. Will Hurd has said he plans to reintroduce “very soon,” would have created individual IT working capital funds for each of the 24 CFO Act agencies and a centralized IT modernization fund from which executive branch agencies could apply to draw.

“I will say we’re very interested in MGT,” Schneider said to FedScoop after his remarks. “The White House had an event earlier this week where leader McCarthy was at, and he talked a lot about MGT. We’re working with the Hill, we definitely think it is something that we need in order to be able to tackle the legacy IT. And so we’re excited about seeing Congress get it through.”

Indeed, House Majority Leader Kevin McCarthy, R-Calif., discussed the bill at a White House event earlier this week. He said then that Hurd and Steny Hoyer, D-Md., are “working on how we’re going through with each department and changing how we use technology and getting rid of the legacy programs.”

He added though, “But we would never be successful if we didn’t have the administration tied with us, because they’re running agencies. So the more that we interlink together … it’s been a breath of fresh air with this new administration, I can’t say enough about it.”

During his remarks on Thursday, Schneider also noted other areas of focus for his team: conceptualizing what the federal architecture should look like, and recruiting and retaining the federal cyber workforce. 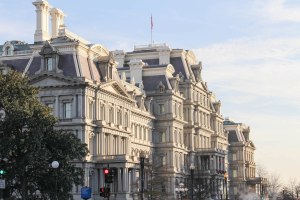 Trump administration to continue focus on legacy IT