SOFWERX — an innovation hub focused on solving U.S. Special Operations Command’s toughest problems — is organizing an “innovation foundry” event to brainstorm the tools commandos will need in the future to conduct missions in environments where sensors are everywhere.

The confab, named IF11, will bring together U.S. and international Special Operations Forces (SOF), government officials, industry, academia and futurists to think through scenarios that the world’s most elite warfighters might face as the internet of things proliferates.

“The goal of the event is to develop concepts and approaches for the framework, technologies, infrastructure, and capabilities required to effectively conduct SOF operations in a world where omnipresent sensors track people, organizations, vehicles, and systems throughout their lives, at home and around the world in both the physical and virtual realms,” according to a special notice posted on SAM.gov.

“To ground the discussion, IF11 participants will use a fictional mission scenario that reflects the future operating environment with omnipresent sensor networks that are part of the civilian infrastructure. This scenario will also consider the potential for additional sensor networks emplaced by military and intelligence organizations who may be friendly, neutral, or adversaries. Participants will emphasize the opportunities and challenges related to these sensor networks and their resultant information products, reflecting the complex interplays of social, technological, political, and cultural factors as they might play out in the 2035 timeframe,” according to the special notice.

SOFWERX and SOCOM want to explore how the command and its international partners can transition from relying on traditional ISR platforms and sensors to “future state-of-the-art methods to understand and conduct operations in this future environment, considering both offensive and defensive perspectives.”

They also want to identify ways to better collect, analyze, and disseminate data, and use that information to fight in contested or operationally constrained environments.

Those interested in attending the event must respond to the special notice by Aug. 15. The confab will be held Sept. 27-29 at the SOFWERX facility in Tampa, Florida, near SOCOM’s headquarters.

The IF11 initiative could eventually lead to business-to-business research and development agreements; other transaction agreements (OTAs) for research and prototype projects; procurement for experimental purposes; cooperate R&D agreements; prizes for advanced technology achievements; or Federal Acquisition Regulation-based procurement contracts, according to the special notice. 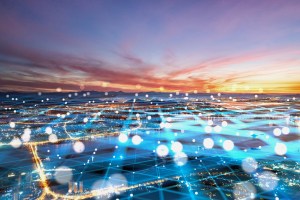