The U.S. and U.K. agreed to cooperate on the research and development of trustworthy artificial intelligence in a declaration signed Friday.

Together the governments will prioritize areas where there’s “strong common interest,” like interdisciplinary research and intelligent systems, and coordinate collaboration among their AI experts, according to the declaration.

Signed at the first meeting of the Special Relationship Economic Working Group, the declaration underscores the U.S. effort to be the global leader in emerging technologies and contrast its use of AI with that of its biggest competitor, China.

“America and our allies must lead the world in shaping the development of cutting-edge AI technologies and protecting against authoritarianism and repression,” said U.S. CTO Michael Kratsios, who signed the declaration on behalf of the Trump administration. “We are proud to join our special partner and ally, the United Kingdom, to advance AI innovation for the well-being of our citizens, in line with shared democratic values.”

The U.S. and U.K. further agreed to explore the setup of an R&D ecosystem where datasets and regulatory frameworks are shared and early-stage AI is produced.

Workforce development in the form of apprenticeships and reskilling in computer science will be promoted, and public-private partnerships potentially formed. The two nations will leverage the memorandum of understanding between the National Science Foundation and U.K. Research and Innovation and consider partnering with industry and academia on technical issues like explainability and fairness.

The declaration builds on the Global Partnership on Artificial Intelligence launched by G-7 countries in May, international AI principles established by the Organisation for Economic Co-operation and Development in 2019, and the U.S.-U.K. Science and Technology Agreement from September 2017. 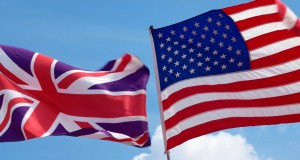