The Department of Veterans Affairs has its sights set beyond making its electronic health records interoperable with those of the Defense Department — the VA is also exploring how veterans can take their digital records with them to private hospitals, which would be to the benefit of the entire nation.

VA is working with the White House’s Office of American Innovation to brainstorm how it can become interoperable with private facilities, acting CIO Scott Blackburn testified Thursday before the House Oversight and Government Reform Committee’s IT Subcommittee.

The VA recently struck a landmark 10-year, $10-billion deal with commercial EHR developer Cerner to replace its Veterans Information Systems and Technology Architecture. It’s the largest EHR implementation ever, according to VA officials. And because DOD is currently implementing its own Cerner-based system (albeit three times smaller in scale), VA’s adoption of the same core system will make their platforms interoperate seamlessly, giving military service members a single longitudinal health record from the time they enlist until they die.

But an added benefit of moving to the Cerner system, Blackburn said, is its membership in the CommonWell Health Alliance, an industrywide group of health care providers that promote interoperability and facilitate the easy sharing of EHRs amongst each others.

“They have their network of private hospitals,” he said. “But it won’t give us 100 percent [interoperability].”

That’s because there is no commercial solution currently that would provide 100 percent interoperability in the private health care sector, Blackburn explained. “That solution does not exist right now. That would be a longer term goal for our country, so it would be completely seamless. And that’s actually a problem we’re working with the White House on.”

But for now, VA is focused on launching a pilot of the new EHR in the next 18 or so months, once it can finalize the Cerner contract. The plan is to piggyback on progress the Defense Health Agency has already made there with its early implementations of its MHS Genesis solution at several of its facilities.

Capt. John Windom, VA’s program executive for EHR modernization, believes that there will be “100 percent” interoperability with the Defense Department at the end of the Cerner implementation. 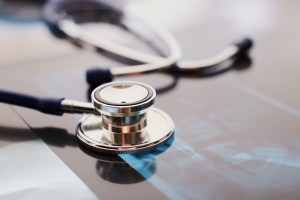