The Federal Deposit Insurance Corp. is taking an inward turn and will focus on how it can be better prepared for major technological changes in the financial sector, according to the agency’s acting chief innovation officer.

Speaking to FedScoop, Brian Whittaker said the Federal Deposit Insurance Corp. (FDIC) will reorient itself to become better prepared internally to supervise fintech companies, and other new tech entities in the financial services sector. The comments from the recently installed technology leader come as the agency moves ahead with the relaunch of its innovation lab.

“We now have less of an outward focus on policy and instead more about how do we modernize the FDIC to be prepared to receive crypto currency and adopt new technologies. We want to be familiar with the technologies so we’re not caught on the back foot when crypto and others hit in a bigger fashion,” Whittaker said during a Nava Public Benefit Corporation event on Thursday.

“Now our focus is on how do we improve CIOs capacity to deliver for business units. How do we test out blockchain ledger technology. How do we make sure FDIC is prepared for the direction that fintechs are going in financial services?” Whittaker added.

Whittaker, who is the former acting executive director of 18F, the digital services consulting group situated within the General Services Administration, took over as FDIC’s chief innovation officer in March.

Whittaker’s predecessor at the agency, Sultan Meghji resigned from the post earlier this year and dismissed the FDIC as “hesitant and hostile” to technological change in a blistering op-ed published by Bloomberg News in February.

According to Meghji, he received resistance from staff in response to basic modernization efforts such as ending the use of fax machines and physical mail. In the op-ed, Meghji also criticized the knowledge and open-mindedness of staff.

Whittaker added that he plans to take his time getting to know and gain the trust of staff within the agency before pushing for change in areas like robotic process automation (RPA) in order to increase capacity from manual processes. 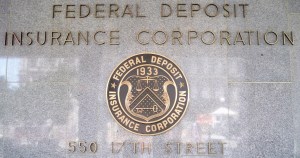