Spending on non-defense and non-classified artificial intelligence research and development has hovered at around $1 billion, but the White House’s Office of Science and Technology Policy wants more to be done to support public-private partnerships, Director Kelvin Droegemeier said Wednesday

But beyond just funding levels, there is still more work to be done to lead in the burgeoning AI industry, Droegemeier said

“We kind of have a V-8 engine running on six cylinders,” he said in an energetic testimony before the House Subcommittee on Commerce, Justice, Science, and Related Agencies.

OSTP has been the hub for coordinating guidance and regulations non-defense AI and machine learning work since the Obama administration published the National Artificial Intelligence Research and Development Strategic Plan in late 2016. This June, the Trump administration updated the plan to include a call for more public-private partnerships.

President Trump signed an executive order to spur AI research in February. The strategy was the administration’s cohesive plan for boosting AI support and laid out a “multi-pronged approach” to leading in the field. Now, Droegemeier wants to get more groups, from academia to private industry, at the AI table.

“In America, we don’t do nearly as well with partnerships as we really could,” he said.

Beyond just government research, Droegemeier wants to see more use of AI and machine learning to help the government serve citizens. For instance, to help veterans separating from service, advanced data analytics can be used to put them on pathways using skills beyond what they did in the military, he said.

Droegemeier also faced questions on how to improve research environments and diversity in the science, technology, engineering and math (STEM) field.

“The research environment has got to be right,” Droegemeier said. “I dream of the days we can make [safe spaces] happen.”

Focusing on increasing the diversity of the types of workers in STEM field is a priority of the Trump administration, Droegemeier said, pointing at Ivanka Trump’s “Pledge to America’s Worker” program and upskilling and reskilling programs. 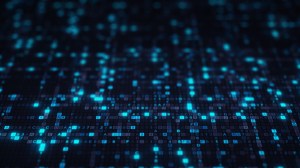