The Air Force expanded its list of companies vying for task orders on its futuristic $400 million Skyborg program that links piloted aircraft with autonomous planes serving as a “loyal wingman.”

The service added nine companies to the indefinite-delivery, indefinite-quantity contract including several non-traditional companies and technology firms, a move Air Force leadership has said is important as it seeks to field emerging technology.

Skyborg will be powered by artificial intelligence to help control the autonomous aircraft that will follow and assist piloted planes. The program wants those autonomous aircraft to be “attributable,” meaning the drones should be cheap enough to make them expendable in a high-risk operation.

“This second phase of awards establishes a diverse and competitive vendor pool by adding several non-traditional and traditional contractors we saw as important additions to the effort,” Brig. Gen. Dale White, program executive officer for fighters and advanced aircraft, said in a statement. “The diversity of approaches and backgrounds, allows us to access the best industry has to offer.”

White leads the Skyborg program along with Brig. Gen. Heather Pringle, commander of the Air Force Research Laboratory. Both leaders have previously spoken about the need for a diverse vendor pool to execute the multifaceted program successfully. The initial companies named on the contract include big defense names like Boeing, Kratos Defense and Northrup Grumman. 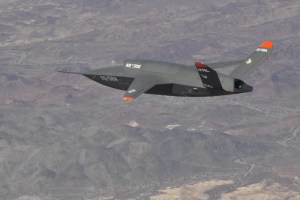