Ramping up production and deployment of new autonomous systems and software could be one of the few acquisition options available to the Defense Department to preserve the force and replace combat losses during a future war of attrition, according to a top service official.

There has long been concern about the capacity of the Pentagon and defense industrial base to produce platforms and regenerate other capabilities at a rate that would meet the U.S. military’s equipment needs during a large-scale conventional war against an advanced adversary. The Ukraine-Russia conflict, in which both sides continue to slug it out and sustain heavy losses of personnel and materiel, has heightened those worries as the Defense Department tries to prepare for a potential conflagration with China or Russia.

“It’s absolutely a concern,” Lt. Gen. S. Clinton Hinote, Air Force deputy chief of staff for strategy, integration and requirements, said Tuesday during a virtual event hosted by the Atlantic Council think tank. “As we look and we see where our force design goes in the future, we see an increasing likelihood that the first fait accompli type maneuver is stalled out … And what’s next could be a grinding war of a lukewarm war around the globe between superpowers that would last for years and not necessarily net a whole lot of gain.”

He noted that it would be difficult to quickly ramp up production of many of the U.S. military’s “exquisite” capabilities — not just for high-end aircraft, but also for systems in other domains — to replace losses or grow the force to meet the demands of large-scale combat.

At the top of the list of capabilities that would be challenging to rapidly increase quantities of during a conflict is highly trained and experienced personnel, he noted.

“It’s hard to mass produce great operators. And that includes not only pilots, but it’s special operators, key operators on the ground, at sea, in space. And scaling that in a war of attrition is going to be really, really hard,” Hinote said.

“We have to think about what we can scale” in terms of equipment, he added.

One potential option could be drones that are less expensive and time-consuming to build and don’t require putting human operators at risk.

“It certainly looks like some sort of autonomous aircraft that are using the air littorals seem to be something that might scale. There are several manufacturers that I’m aware of today in the United States — and I’m not counting around the globe with our allies and partners — that can produce these things. We would need all of them to go after that,” Hinote said.

Software is another complementary technology that Air Force officials believe could potentially be rapidly acquired during a conflict and boost military capabilities.

“We’re clearly seeing DevOps scaling in ways we’ve never seen before that. So if you put those two together, you might have autonomous flight plus software, so that if the autonomous vehicle is so flexible, every day you have a different autonomous vehicle because you load new software in it. We could probably scale that,” Hinote said.

The Defense Department needs to lay the technical foundations as well as the doctrinal and organizational foundations to enable the proliferation of those types of capabilities in a modern war of attrition, he noted. 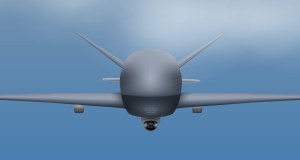