In the beginning, the General Services Administration’s 18F was all about tools.

The group’s calling card, in many ways, was the humble but critical website. Agencies would hire the digital services group to rebuild their sites, and maybe six months later, a team would leave behind a sleek, modern product. Four years into its existence, though, 18F has started to focus less on the actual building and more on the coaching and training of agency partners. 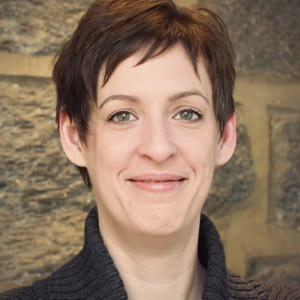 And this, says acting Executive Director Angela Colter, is a very good thing.

“One of the things that we realized is that the challenge isn’t really with building things,” Colter said in a recent conversation with FedScoop. What’s really necessary, she said, is a “coaching mindset.”

18F’s pitch, increasingly, is: “We’re going to help you learn how we do things, and the way that we think is a more effective and efficient method of product ownership and software development and that sort of thing,” she said.

In some cases this might mean that less actual development is done by 18F. Instead, the group’s role might simply be to do user research, some prototyping, and then guide an internal agency team in development — or in the hiring of a vendor.

“I think that’s also kind of a change in the model from four years ago — or actually less time than that — where I think the perception was that 18F was in competition with the vendors,” said Colter, who took over as acting executive director in late June. “That’s not a position that we want to be in at all. It’s more how do we sort of bring up the skillset of an agency so that they know how to identify the vendor that’s going to be the right fit for them.”

But even in cases where 18F is down in the product development dirt, it’s doing it a little differently. In the past, Colter said, the product handoff from 18F to agency owners wasn’t built in from the beginning of development. 18F would spend six months building something, she explained, and then leave maybe two weeks at the end to teach their agency partners how it works.

“What we found is — that is not nearly enough time,” Colter said. “That transition period needs to start at kickoff.”

18F’s Federal Election Commission project, Colter said, really “exemplifies” this model of building with an agency and not for it. “Initially they did come to us and say we want you to redesign our website. But as we got into it we really sort of shifted that mindset to how do we coach the existing team within the agency so that when we’re no longer involved you all can still do development and maintenance.”

Ultimately this makes product handoff much more successful, Colter said — a win-win for both 18F and the agency client. It’s “responsible” development.

“I think we’re much more attentive to that now,” Colter said. 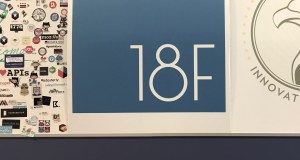