American intelligence isn’t what it used to be. Some of the types of secrets are changing, morphing from hidden gems cemented behind walls of government hush-hush to emerging signals washed out by open-source noise. Global threats are shifting from relatively scrappy insurgent terror cells to multidimensional great power conflict creeping into cyberspace, as just about every policy wonk in Washington says.

But as those threats change, and so does technology, artificial intelligence is poised to disrupt — but also refresh — intelligence agencies, giving them a new advantage in sifting through a mounting barrage of data to stay ahead of threats.

“The field of intelligence analysis is at an inflection point,” Joseph Gartin, CIA’s deputy associate director for learning, wrote recently in the Studies in Intelligence Journal. “Behind us, several decades of accomplishment and innovation, chastened at times by errors and shaped by cautious incrementalism. Ahead, a future—as in all knowledge industries—still coming into view but shaped by the powerful and potentially disruptive effects of artificial intelligence, big data, and machine learning.”

Changing secrets hidden in an explosion of data

Few certainties are known about the future of work — and even less about the more secretive work the U.S. government does. But what is likely is fewer analysts and more technology assisting analysts; less manual data sorting and more machine-assisted, high-level cognitive analysis; fewer secrets and more open-source information.

Caught in the changing times is a changing relationship between policymakers and the intelligence community that serves them. While public confidence in intelligence remains steady, the proliferation of open-source research tools to provide an informational advantage has chipped away at the grip U.S. agencies long have held on intelligence, Zachery Brown, a career analyst and consultant with the DOD, told Fedscoop.

“There is a growing sense that we do need to change to stay relevant in the 21st century,” Brown said.

In the windowless classified bunkers dotting Washington, most analysts spend their days sorting and stacking reports—cables from embassies, translations from signals and accounts from debrief interviews.

But with AI, that old model is changing, namely by taking care of some of the dirty work in intelligence analysis.

“Reading information to understand its significance is manual labor,” Carmen Medina, former deputy director of intelligence at CIA, said in an interview. It’s a skill agencies like her former employer has liked to hire for, Medina said, and one that she thinks could be done better with the assistance of machines.

“[M]uch of what we have done over the years, and in many cases still do, comes down to this: read stuff, write stuff.” Gartin wrote.

“AI is going to help us to triage,” Brown said. “It is not going to allow us to make sense of it because [AI] relies on structured data and most data is dirty.”

Top CIA officials — who produce the vast majority of the President’s Daily Brief, the IC’s most valuable document — have higher hopes for AI applications in intelligence analysis. AI will give “speed advantage” in data intake and pattern recognition and “enable a high-order human cognition,” Andrew Hallman, deputy director for digital futures at CIA, told FedScoop in June.

“One of the most promising [emerging technologies] is artificial intelligence and machine learning,” he said.

The sentiment is communitywide, with the Office of the Director of National Intelligence on board with the AI revolution. In January ODNI released a strategy for AIM, or “Augmenting Intelligence Using Machines.” The strategy recognizes the explosive growth of public data and a need to properly address it in classified and unclassified settings.

The AIM strategy points out that adversaries like Russia and China are racing to develop their own big data and AI capabilities—a threat much different than what the U.S. has faced in its decades-long focus on counterterrorism.

The Intelligence Advanced Research Projects Agency, the intelligence community’s own futuristic DARPA-like research arm, has a keen eye on AI. While the agency’s budget is classified, its priority for AI advantage is no secret. The agency invests and works with academic and private sector partners to develop ideas for national security, much of which has to do with AI.

“This is a team sport,” Dawn Meyerriecks, deputy director for science and technology at CIA, said during a 2019 keynote.

While much of the AI investment and development will come from the private sector, a critical value the IC has is data—lots of it.

Neal Ziring, NSA’s technical director for capabilities, quipped during a FedScoop-produced event in June that even in the 1980s when the National Security Agency began experimenting with developing AI, data was in no short supply.

ODNI stresses that the key to AI’s success in the intelligence community is sharing data across agencies, sharing the shallow talent pool and sharing capabilities as they are developed.

Already some of those capabilities are coming to life. Documents released from National Reconnaissance Office show an AI system dubbed Sentient the agency has been working on for years. Likewise, private companies have been trickling out information on multi-million dollar deals to provide AI capabilities to agencies, from login credentialing to data management.

The onus to adapt is huge for Brown and others. He said that some in the IC are racing to stay relevant. The expanse of openly available research tools has led policymakers to stray in their reliance on the IC, and staying ahead of the AI curve could repair that.

“Enough people don’t recognize how different the information revolution is from what we know today,” Brown said. 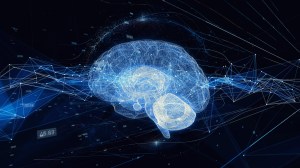 AI is breathing new life into the intelligence community