GDIT added AWS to provide defense customers “leading cloud services” and boost the availability of emerging technologies like artificial intelligence and machine learning to be used on DOD data.

MilCloud is a DOD-specific cloud service that DISA has run for military services and Fourth Estate agencies since 2015. With AWS now onboard, the partnership increases AWS’s size in the defense market and gives agencies a new option to migrate to the public cloud in the pay-as-you-go milCloud 2.0 system. Prior to this, milCloud 2.0 was largely an on-premise, private cloud offering.

“Through this collaboration between AWS and GDIT, DoD customers can access leading cloud services from AWS in areas such as compute, storage, database, networking, analytics, machine learning, migration, security, and more,” Dave Levy, vice president of U.S. government, nonprofit and healthcare at AWS, said in a statement.

MilCloud 2.0 is one of the DOD’s many cloud vehicles that agencies are using to migrate away from on-premise compute and data storage. AWS has been an aggressive pursuer of government cloud contracts, especially the DOD’s tactical edge-focused Joint Enterprise Defense Infrastructure (JEDI) cloud contract, which it lost to Microsoft but is protesting.

The milCloud partnership between AWS and GDIT gives defense agencies “another mechanism” to move highly sensitive data to the cloud securely with Amazon’s industry-leading security clearances. 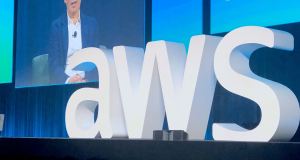