President Biden intends to nominate Danny Werfel to be the next commissioner of the IRS, the White House announced Thursday.

Werfel served under both presidents Barack Obama and George W. Bush as acting IRS commissioner and Office of Management and Budget controller, respectively.

Werfel oversaw the launch of IRS-related Affordable Care Act technology and weathered a multi-week government shutdown, after Obama appointed him to handle numerous congressional investigations into mismanagement and bias in determining the tax-exempt status of nonprofits in 2013.

As OMB controller he led implementation of the $787 billion American Recovery and Reinvestment Act with minimal fraud or error and ensured the Office of Financial Stability had a clean financial statement audit in its first year.

Werfel has been a co-host of Scoop News Group’s Gov Actually podcast since 2017. 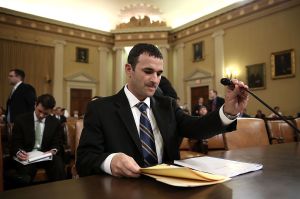