Some old-fashioned IT savings are still possible in government: Ending automatic delivery of printed copies of the Federal Register would save about $1 million, the Congressional Budget Office says in an estimate released publicly Wednesday.

About 1,000 print copies of the Federal Register are distributed daily for free, and the average copy has 300 pages and costs $4.50 to produce and distribute, the CBO says. Legislation to end that distribution — the Federal Register Printing Savings Act of 2017 — was approved by voice vote of the House Oversight and Government Reform Committee on Feb. 14.

“CBO estimates that eliminating those free copies of the Federal Register would reduce spending that is subject to appropriation by $1 million annually,” the official estimate says.

The bill, H.R. 195, was reintroduced by Rep. Steve Russell, R-Okla., after stalling last year in Congress.

“It was supported unanimously last year, and even on the House floor, however it was caught up in some maneuverings in the Senate, and so we were unable to make it into law,” Russell said Feb. 14 in a committee meeting.

Russell said most congressional staffs prefer the online version because they can query it to quickly find what they need.

“Every day offices around the Hill and across the government take it from delivery right to the waste bin without ever examining it,” he said.

He noted that people can still opt to receive the printed copy from the Government Publishing Office, but under the current situation, “members of Congress do not have to request or pay for this; it is automatically delivered at the cost of nearly one thousand dollars per member, per year.” 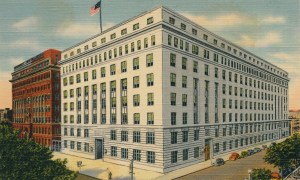