Bipartisan Senate legislation that would compel federal agencies to consolidate software licenses and provide greater transparency about software purchases is expected to advance in the Senate on Wednesday, Hill sources told FedScoop.

The Strengthening Agency Management and Oversight of Software Assets Act (SAMOSAA) will be marked up on Wednesday and is expected to pass the committee with broad bipartisan support, two sources familiar with the bill told FedScoop.

In its current form, SAMOSAA includes language to develop a governmentwide strategy to leverage procurement policies and practices to increase the interoperability of software acquired and deployed by agencies.

IT contracting sources speaking with FedScoop said Microsoft is most likely to be most affected by the bill. According to one estimate, Microsoft holds about 85% of market share for federal government productivity and collaboration software.

The bill would build upon the Megabyte Act, which was enacted in 2016, and compelled agencies to report licensing information on software contracts struck with technology companies. Since it passed into law, that legislation to a degree has increased lawmakers’ visibility of what IT services federal agencies are using.

The bill is intended to improve the federal agency software procurement process and save money by forcing agencies to conduct independent reviews to ensure they have a clearer understanding of agency software licenses by cost and volume. 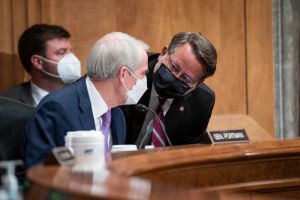