The Senate Homeland Security and Governmental Affairs Committee is drafting legislation that would mandate the consolidation of federal agency software licenses, if it passes into law.

IT contracting sources speaking with FedScoop said technology giants including Microsoft are most likely to be most affected by the bill. According to one estimate, Microsoft holds about 85% of market share for federal government productivity and collaboration software.

FedScoop exclusively obtained a draft copy of the legislation, which is sponsored by HSGAC Chairman Sen. Gary Peters, D-Mich. It is expected to be introduced formally in the coming weeks.

The bill would build upon the MEGABYTE Act, which was enacted in 2016, and compelled agencies to report licensing information on software contracts struck with technology companies. Since it passed into law, that legislation to a degree has increased lawmakers’ visibility of what IT services federal agencies are using.

“We are working to finalize this legislation that builds on Chairman Peters’ MEGABYTE Act, which has saved taxpayers more than $450 million since being signed into law. The Chairman will continue leading commonsense efforts to save taxpayer dollars and improve government efficiency,” a staffer for Sen. Peters told FedScoop.

According to the bill text, multiple reports from the Government Accountability Office and other organizations in recent years have shown that federal agencies could manage their software licenses better to save taxpayer dollars and more effectively execute technology modernization efforts.

“It is, therefore, in the interest of Congress to build upon the successes of the MEGABYTE Act of 2016 to improve the oversight, accountability, and effectiveness of agency software management practices so that agencies can acquire, deploy, and effectively leverage leading commercial software capabilities to meet their missions at a reduced cost to taxpayers,” the draft bill text said.

The bill is intended to improve the federal agency software procurement process and save money by forcing agencies to conduct independent reviews to ensure they have a clearer understanding of agency software licenses by cost and volume.

In its current form, the proposed legislation would require each inspector general to complete an independent review of software license management within their respective agency. This would take place one year after the bill passes into law, and would be required to capture the total costs of all software agreements as well as related costs.

The bill also includes a governmentwide strategy to leverage government procurement policies and practices to increase the interoperability of software acquired and deployed within agencies to reduce costs and improve performance. It would also direct agencies to provide shared services or other assistance capabilities to support agency enterprise license adoption, transition to open-source software, cost savings, and performance improvements. 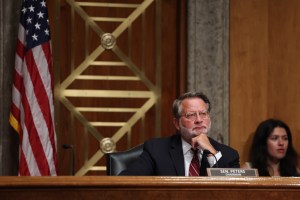