Booz Allen Hamilton’s head of civil business has said that fulfilling existing contracts with the Department of Veterans Affairs is the consulting company’s “number one” job following its acquisition of technology provider Liberty, but that the deal presents growth opportunities for the federal contracting giant in other areas of government.

Kristine Martin Anderson spoke to FedScoop after Booz Allen last month closed its $725 million acquisition of Liberty IT Solutions, which has a $2 billion order backlog and specializes in working on healthcare-related digital technology missions for federal agencies.

“In the civilian space, we have been — for a few years — pushing further and further into technology around transformation of the citizen experience,” said Martin Anderson, who is executive vice president at Booz Allen and leads the company’s civil business. “Job number one is to do that work for VA, but then second to that, with their advancements around low code-no code and API development, we obviously see throughout our business in civil that they will help us scale.”

The VA is among the company’s largest clients, and Liberty is currently one of 24 sub-contractors supporting the rollout of the VA’s $10 billion electronic health record modernization program. Following the acquisition, which was funded by a combination of cash and debt, Liberty IT will be a wholly-owned subsidiary of Booz Allen.

Liberty IT Solutions specializes in the provision of low-code and no-code solutions for federal agencies and has a special relationship with Salesforce, which the company says enables projects to be undertaken quickly.

Martin Anderson explained that following the acquisition, the two companies are working to integrate their systems to allow Booz to offer its digital cyber and AI systems to Liberty clients also.

The executive noted also that Booz Allen Hamilton operates as a single P&L balance sheet, and that Liberty’s resources in the future could be deployed across other business areas including defense and intelligence.

“The appeal of the approach Liberty takes with Salesforce and low-code, no-code solutions is speed. With a traditional IT project, you might spend 18 months getting to the initial operating capability,” she said. “With the low-code, no-code platforms, you can see progress within 90-100 days, so I certainly think the market that has developed from low-code, no-code – while it won’t be everything – will continue to accelerate, and we’re going to see, with agile, and DevSecOps, and cloud.”

Responding to questions about potential further acquisitions within Booz Allen’s public sector division, Martin Anderson said the company is always looking for organizations with aligning strategy and culture, “at the right price.”

Commenting more broadly on the challenges for federal contractors that can accompany an administration change, Martin Anderson said Booz Allen tries to remain focused on missions where demand for services will always be required.

“On the one hand, you could say we are aligned well for the priorities of the Biden administration – and it’s true, we are – there are areas, key missions in civil we are focused on, that are also areas where there is still interest in this administration,” she said. “But we really do try to focus on the enduring missions. What are those missions where the government must provide the service no matter what?” 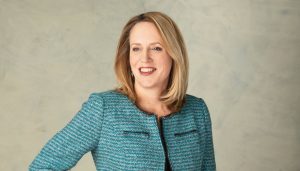